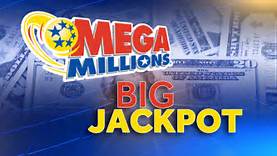 Mega Millions it is also one of the largest jackpot and cash game in the world, played every Tuesday and Fridays night at 11 p.m. Eastern Time.
Five white balls are drawn out of a drum with 70 balls and one red ball is drawn out of a drum with 25 red balls.
The JACKPOT is won by matching all five white balls and the red megaball.
The second prize -$1,000,000– is won by matching all five white balls.
You win by matching at least three white ball numbers.
Any time you match the red Megaball, you win a prize.
The overall odds of winning a prize in the game are approximately 1 in 25.
Each ticket costs $2.
Most states offer a Megaplier feature to increase non-jackpot prizes by 2, 3, 4 or 5 times; it costs an additional $1 per play. Before each Mega Millions drawing on Tuesday and Friday nights, the Megaplier is drawn. From a pool of 15 balls, five are marked with 2X, six with 3X, three with 4X and one with 5X. This mix results in the following odds for each of the Megaplier numbers and their associated prize values: 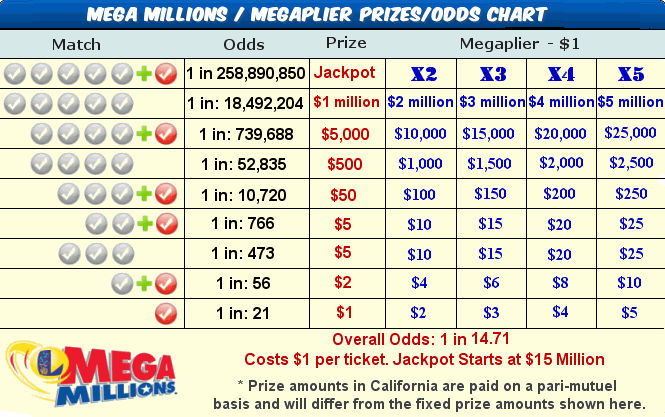